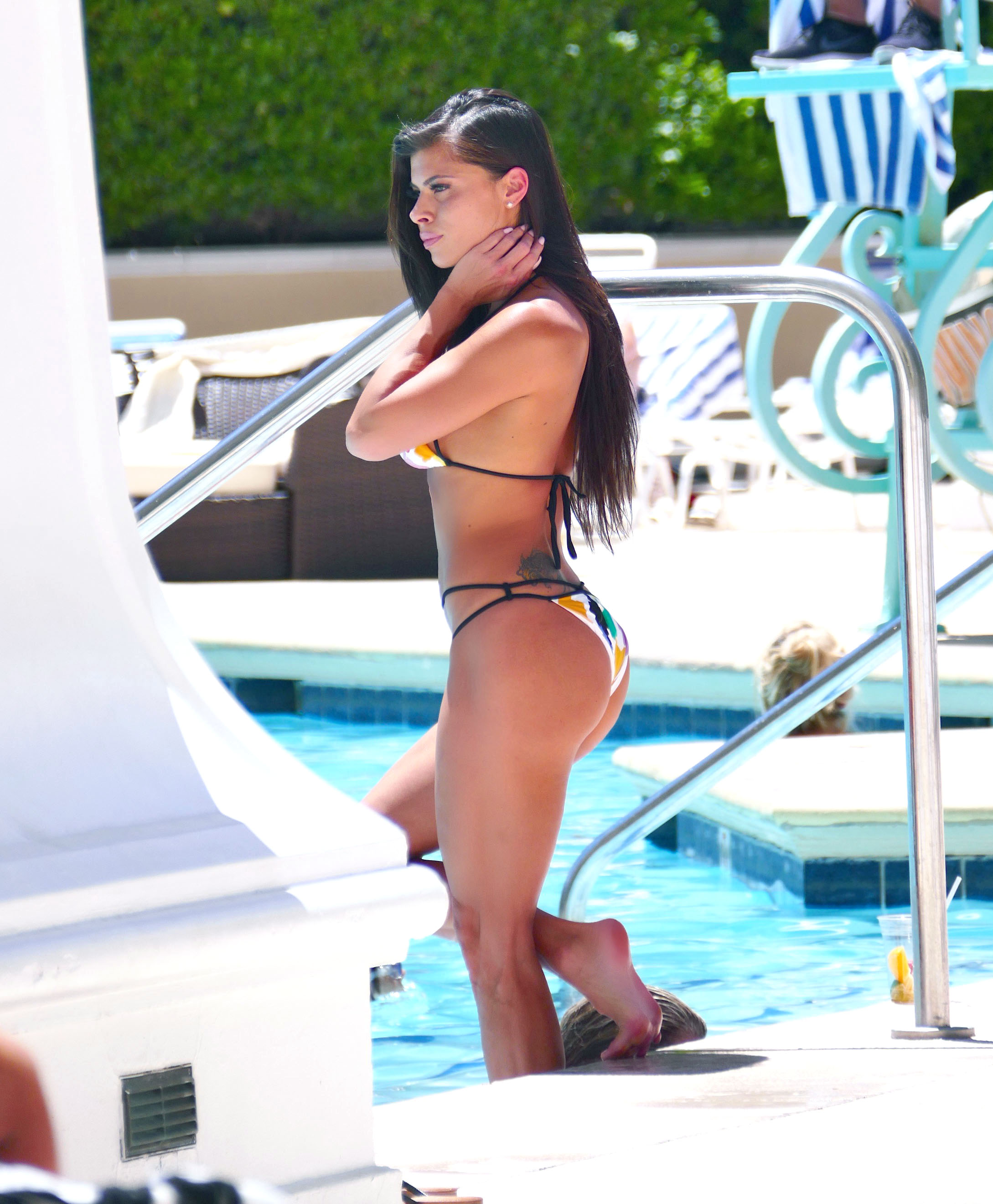 Mob Wives Marrisa Jade shows off her toned body as she celebrates France’s big World Cup win as she is spotted poolside at the Paris casino with Eiffel Tower behind her in Las Vegas. The reality star had her curves on display in the hot heat just moments after the big win France vs. Croatia game. Marissa, who was on UK celebrity Big Brother and linked with Calum Best during their stint on UK reality tv, was all about catching the hot rays in the 110 degree heat as she walked around her pool area at the Paris hotel in Sin City.